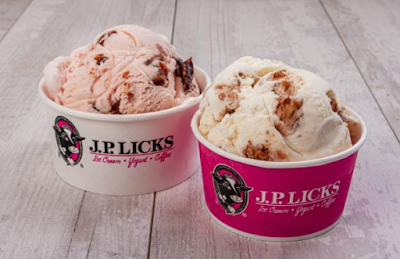 Caramel Bourbon Fig is the newest flavor that blends bourbon-marinated figs and caramel into a sweet ice cream mix. This new flavor-packed ice cream will hit J.P. Licks’ 17 store locations along with the return of Coquito on Tuesday, December 1.

Coquito meaning “little coconut” in Spanish originated in Puerto Rico as a holiday drink. Somewhat similar to Eggnog, it is loaded with coconut, rum, and cinnamon. The holiday favorite has been running at J.P.Licks’ locations since the company’s head ice cream maker worked with Vincent Petryk to create the flavor a few years back.

"Liquor and ice cream go together so well- any sweet creamy drink translates very nicely into an ice cream flavor” says founder, owner and ice cream maestro, Vincent Petryk. “Our Coquito flavor has been a favorite for many over the past few holiday seasons, and we are excited for its return especially with National Coquito Day on December 21.”

Caramel Bourbon Fig and Coquito will be available at J.P. Licks starting on Tuesday, December 1 and will run through the holiday season along with previously announced Cherry Amaretto and Bourbon Praline. J.P. Licks is hoping to warm up customers with these four boozy, flavor-packed ice creams.

For almost 40 years, J.P. Licks has been serving homemade ice cream and other specialties in their 17 Kosher-certified shops in and around Boston. Locally owned and operated by Vincent Petryk, J.P. Licks has won many awards over the years for their intensely-flavored homemade ice cream and frozen yogurt. J.P. Licks has received over 300 “Best of” awards over the last 40 years including awards from Boston Magazine and The Boston Globe. Known for their high quality, scrumptious treats J.P. Licks was named Greater Boston Chamber of Commerce’s 2006 “Small Business of the Year”.

In addition to their frozen creations, J.P. Licks roasts their own fair trade and organic coffee beans on-site at their Jamaica Plain store, which ensures the best and the freshest, full-bodied cup of coffee around. Delicious hand packed ice cream cakes as well as breakfast & ice cream sundae catering is also available.

I cannot cook to save my life...really, I would die of starvation if my husband and take-out ceased to exist, However, I love baking. The hubs has thrown a new caveat onto my baking lately though, asking me to make everything super low fat to follow the McDougall program . Do you know how hard it is to cook vegan and low fat? I was whipping up some sugar lemon cookies for the girls for a playdate and I knew I wanted something for me and Alex to have to, so I started searching and I found this amazing recipe from The Minimalist Baker . With a few changes, I made them even a little healthier and they were so yummy! The ingredients I used were: 1 cup fresh Medjool Dates 1 large ripe banana 2 Tbsp powdered peanut butter (see below for details) 3/4 cup Red Mill brand almond meal 3/4 cup rolled oats 1/4 cup vegan chocolate chips (see below for details) The peanut butter I used was PB2 powdered which is so much lower in fat than regular peanut butter...it has only 1.5 grams fat 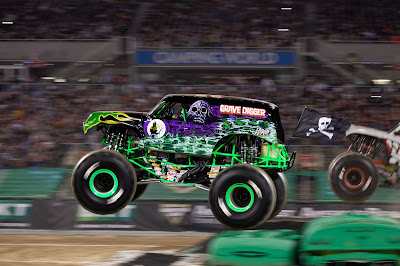 This. Is. Monster Jam®! The most action-packed motorsports experience for families in the world today returns to Foxborough at full capacity for a high-octane weekend at Gillette Stadium Saturday, Aug. 28. Monster Jam®, making its first Foxborough stop following a pandemic pause, features the ultimate mix of high-flying action and four-wheel excitement. Tickets start at $20 on ticketmaster.com with Monster Jam Preferred Customers able to purchase advance tickets starting today, June 15, before tickets go on-sale to the general public on June 22. Fans can still sign up for free to become a Monster Jam Preferred Customer and get exclusive access to the pre-sale offer code. This event, previously scheduled for June 27, 2020, was postponed due to the COVID-19 pandemic. Tickets that were originally purchased for the 2020 event are valid for the new date of August 28, 2021. Ticketmaster will be contacting ticketholders with further information. COVID-19 protocols apply to this event. Pl

A Chat with Mystic Inscho: Star of School of Rock

School of Rock is headed to PPAC next week and I cannot wait!  Based on the hit film, this hilarious new musical follows Dewey Finn, a wannabe rock star posing as a substitute teacher who turns a class of straight-A students into a guitar-shredding, bass-slapping, mind-blowing rock band. This high-octane smash features 14 new songs from the genius Andrew Lloyd Webber, all the original songs from the movie and musical theater’s first-ever kids rock band playing their instruments live on stage! I recently got the chance to chat with Mystic Inscho who plays Zach in the show. Mystic has been on stage since 4 and is now 9. Started with dancing, Mystic quickly developed into a singer, actor and multi-instrumentalist. He loves to shred on guitar. He writes music and lyrics and School of Rock is throwing him into an exciting future.   You play a lot of instruments for someone your age! Can you tell me a little bit about how you got started in music? Music has always been a part of m